Experiences Cities and vicinities Excursions and tours
Not available 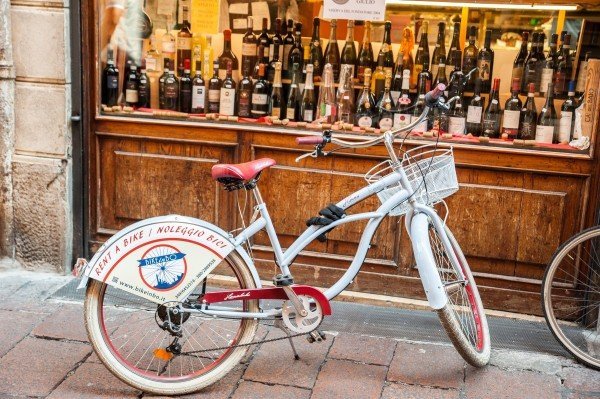 Bologna is known worldwide not only because of its great historic and artistic heritage, but also for its status as the Gastronomic Capital of Italy.
Your bike tour will follow the tracks of Bologna’s history and culture. You’ll be mesmerized by the architectural characteristics of the city, such as the “Porticos” or the old defensive towers, and amazed by its cultural history, highlighted through the medieval Jewish “Ghetto”, the oldest University in the western world or the incredible complex of the Church of S.Stephen.
After a pleasant ride through the main landmarks of the city, your professional tour guide will take you through the scented, crowded and narrow streets of the oldest Marketplace of the city, where even today antique “Botteghe culinarie” (grocery shops), delicatessen and wine bars await to inspire you with their products.
. After a pleasant ride along the classic landmarks you will in fact enjoy what locals call “Bologna the Fat one”: from the narrow streets surrounding Piazza Maggiore where the old Marketplace used to be and which host until today grocery shops, to the Mercato del Mezzo, where you’ll learn the history of our worldwide-known local products
The tour includes 2 stops for a food tasting of traditional flavours like the famous Mortadella and our local wines.

Experience organized by a local activity

How does it work?